Where to See The Most Beautiful Cherry Blossom in Japan

By BOLD Magazine
Wales might have its daffodils, Turkey its tulips and India its lotuses, but few countries identify with their blooms quite so much as Japan and its cherry blossom.

Wales might have its daffodils, Turkey its tulips and India its lotuses, but few countries identify with their blooms quite so much as Japan and its cherry blossom. Quickly turning the country into a vast sea of pink, cherry blossom provides bowers for picnics, backdrops for photographers and inspiration for all sorts of food and drink. Fleeting, ethereal and gorgeous, the flowers symbolise new beginnings and a stoical approach to hardship. They’re also considered so important that some of the world’s finest technology is employed to try and predict when the blossoming will happen. Here, we visit the best spots in Japan where you can catch spring in its finest apparel. 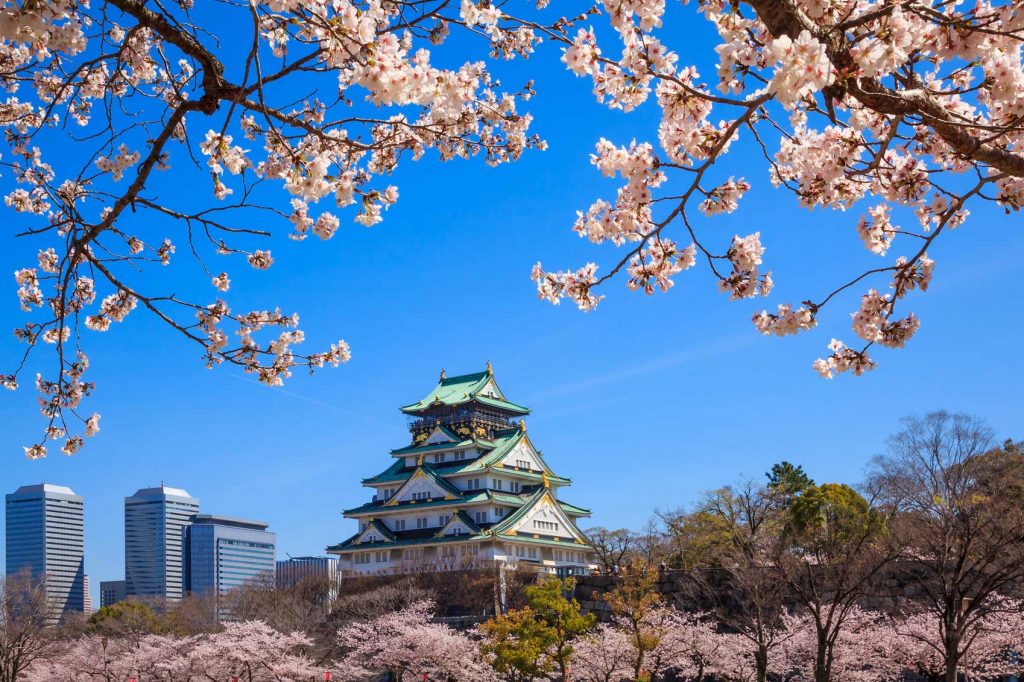 Japan’s Mint is as famous for its cherry trees as it is for its supply of coins, notes and medals. Possessing over 300 trees (and roughly 120 varieties), they create a canopy that stretches over a passage of 560 metres (from South to North Gate). The area’s reputation for beauty goes back much further than the government’s presence, however. For centuries, many have sought out this region along the old Yodo River, mainly for this spring extravaganza.
Mt Yoshino, Nara 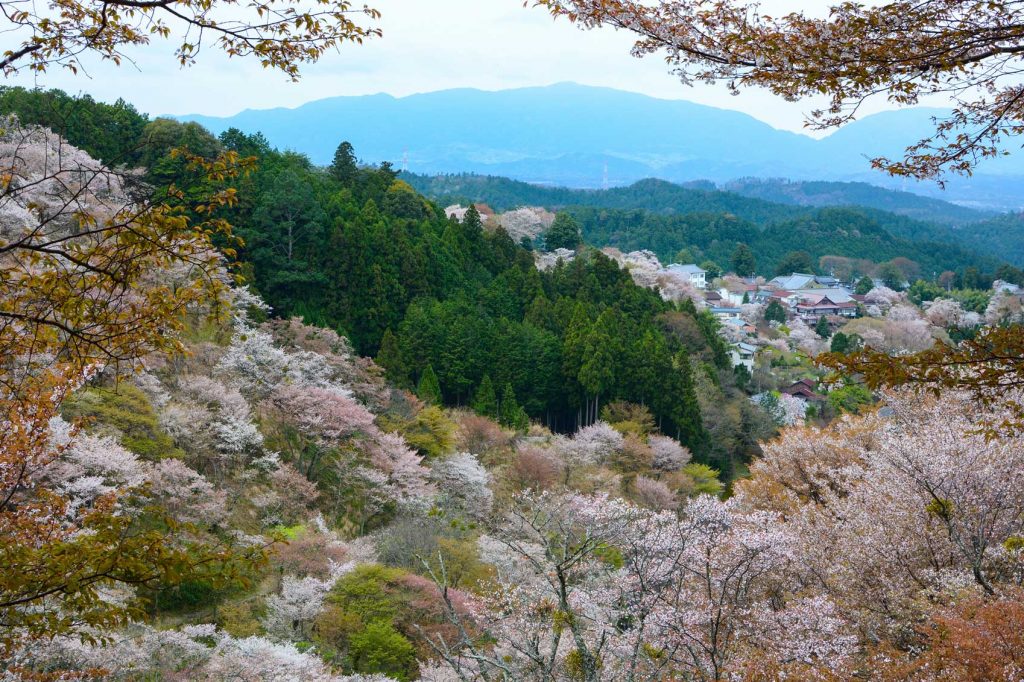 Created when Kinpusen-Ji Temple’s surroundings became too full of cherry trees and it worshippers began replanting them in the nearby mountains, Mt Yoshino is regularly touted as Japan’s most impressive bloom spots. This is no doubt attributable not only to its beauty but also its sheer scale. Now numbering approximately 30,000 trees, it’s incredible to see them open at the foot of the mountain and quickly work their way up to the top.
The Philosopher’s Path, Kyoto 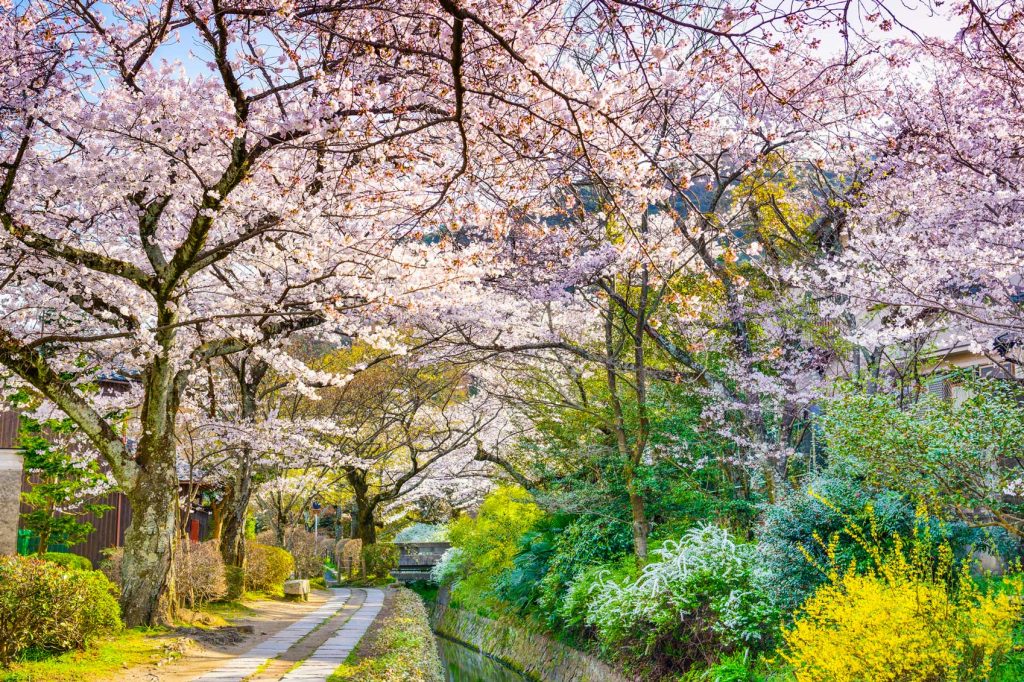 Running along a tree-lined canal that links many small shrines and secluded temples, the Philosopher’s Path is named after a famous thinker, Nishida Kitaro, who used it to aid his meditations. Starting 100 metres north of Eikan-Do Temple and stretching to the base of Ginkaku-Ji, there are several cafés to stop at if sitting peacefully beats walking. A top tip is to try and see the path at sunset when most of the crowds have gone home and the trees flash a thousand colours.
Senkoji Park, Hiroshima 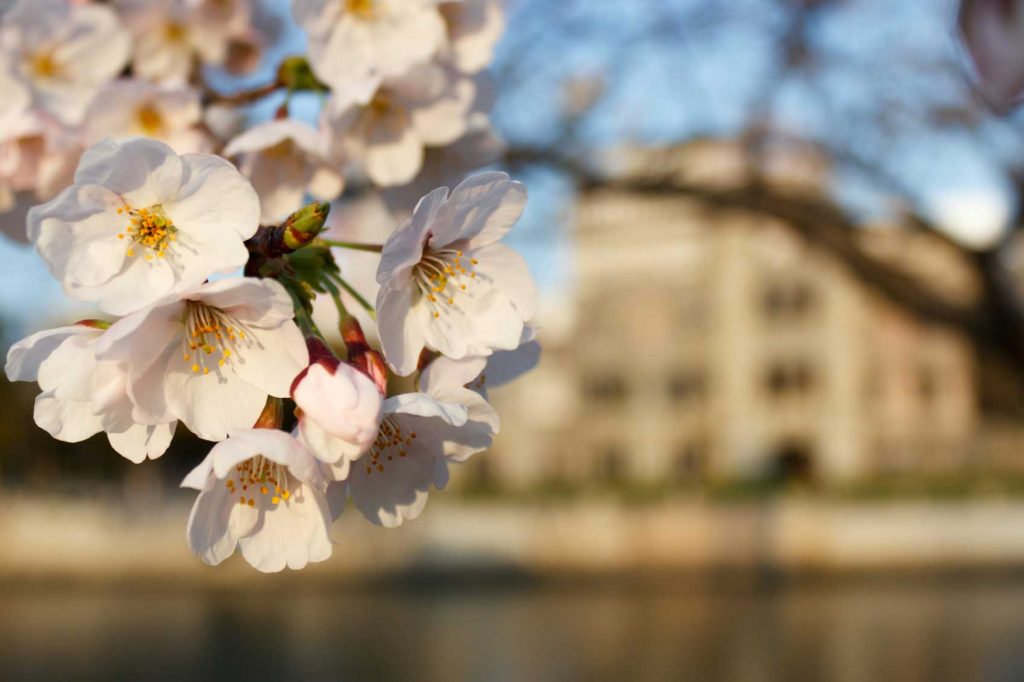 Popular with kids thanks to its art museum and amusement park, Hiroshima’s Senkoji Park has built a reputation for its cherry blossoms. Stretching from the back of Onomichi station to the top of Mt Senkoji, the park was built by the chief priest of Senko-Ji temple in the 19th century and now accommodates over 10,000 trees. Mainly famous for the Shidare-Zakura variety (which are weeping cherry trees), their pendulous branches stretch themselves over stunning views, such as the islands of the Inland Sea.
Ueno Park, Tokyo 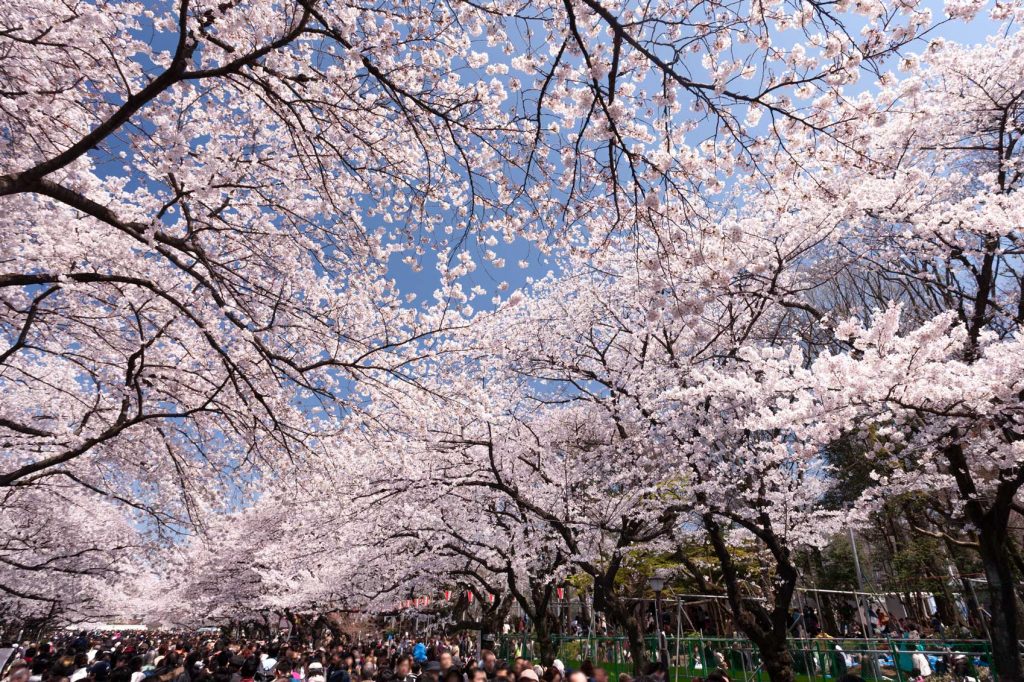 Lining the street that links the National Museum with Shinobazu Pond, Ueno Park is one of Japan’s oldest and best-known public spaces. Always lit up in the evenings, Ueno’s trees act as barometers for the others in Tokyo, as they usually flower three days ahead. Keep your eyes peeled, too, in this part of town. Some lucky visitors may encounter geishas in their colourful kimonos and obis, out to join in the hanami (flower-viewing) parties, which include performances of all the classical Japanese arts.

If you’ve been transported to a world of fragrant blossoms, hanami picnics and peaceful parks, start planning your Japan escape with Trafalgar now.