By Jennifer Bain
With its gorgeous landscapes and oh-so-French culture, Saint-Pierre and Miquelon is the farthest you can get from Canada without crossing the Atlantic

There’s a languid rhythm to Saint-Pierre that starts at dawn, when the boulangerie-pâtisseries throw open their doors to people seeking baguettes and cardboard boxes neatly stacked with warm croissants, brioche and bichon au citron, my new favourite puff pastry turnover filled with lemon curd. By 8am, I am buying local craft beer and foie gras at a corner grocer to take back to Canada.

Life speeds up between 10 and noon when Saint-Pierrais head to work as visitors admire the stone cathedral and browse shops full of French perfume, chocolate and wine that are open only until locals head home for a two-hour family lunch. Le Lab 97 is a good place to relax until things reopen. The non-profit cultural café has taken over a warehouse used during Prohibition to stock crates of Canadian liquor destined for America by rum runners. “Totally legally, for 11 years from 1922 to 1933, Saint-Pierre became the biggest alcohol warehouse of Canada,” confides guide Eric Simon from l’Arche Musée et Archives during an architecture and heritage walking tour. “These were crazy times around Saint-Pierre. People made a lot of money. Some even say Al Capone himself came here.”

Nursing a Miqu’ale La Rousse with a charcuterie board paid for in euros, I puzzle over the quiet existence of this little piece of France off the southern coast of Newfoundland and Labrador. Saint-Pierre and Miquelon, an archipelago with two major islands, is a French territorial collectivity. Named for the patron saint of fishermen and once a base for whaling and fishing, the islands passed between French and British hands for centuries. France heavily subsidizes its last North American toehold and government and tourism workers outnumber fishers.

Saint-Pierre, population 5,633 at last official count, is the culture island and the name of the largest settlement. This should, by proximity, feel like a Newfoundland outport community, jellybean-coloured homes on a barren, rocky landscape. But somehow the presence of French flags, cars and street signs changes everything. That and the distinct sound of French spoken with a European, not Quebec, accent. Canada feels an ocean away.

Miquelon, physically larger but with a population of just 641, is the nature island, though it’s really two islands with a narrow, sandy stretch of land fusing it with Langlade. Explorations are dictated by the rhythm of the passenger ferries that connect the islands with each other and with Fortune, Newfoundland, just 20 kilometres away. Interpreter Flore Orsiny-Olaisola meets me at Maison de la Nature et de L’Environnement for a hike through the boreal forest and bog on Miquelon-Langlade.

“If you want to go to Paris, it’s just over there,” she says, motioning across the ocean. It’s not an uncommon sentiment. Paris may be 4,253 kilometres away, according to a sign posted at the trailhead, but France is close to everyone’s heart. 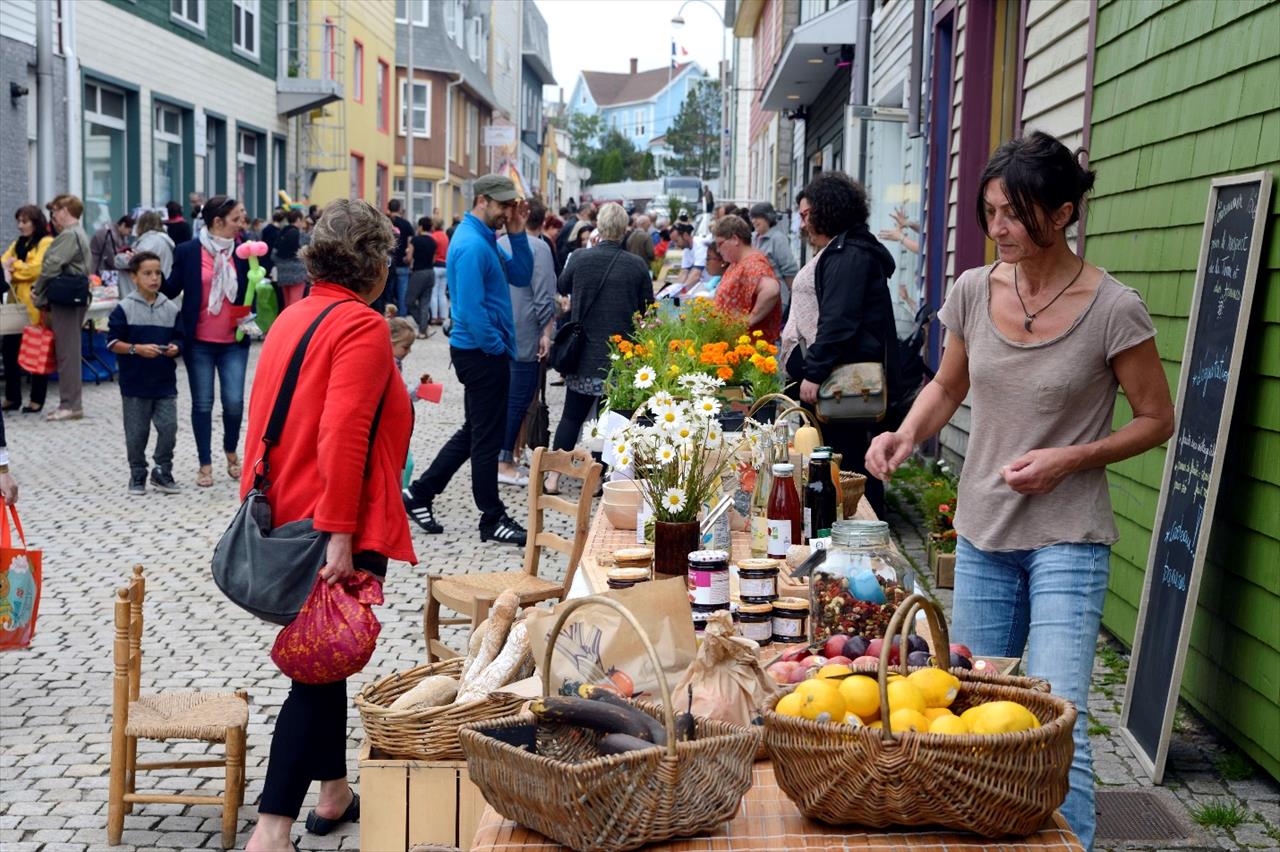 Then again, people here are fiercely proud of literally everything about their corner of the Earth. We take a two-hour hike through the Cap de Miquelon, stopping often to learn about carnivorous plants, lambkill, bunchberries, cinnamon ferns and the white-tailed deer that were introduced decades ago for bowhunting. There are boardwalks through parts of the well-worn path, but plenty of spots where we sink in the muddy bog. At the highest point of the trek, Orsiny-Olaisola leads us blindfolded to the perfect spot for the big reveal of ocean, forest and lake.

That afternoon, Julie Mahé, a proud Miquelonnais home for the summer from university in France, leads a van tour by a local duck and sheep farm and to Langlade’s summer homes so I can see where my jars of foie gras and last night’s lamb dinner came from. We pass the lagoon where Zodiac tours zip out to see an enormous seal colony. We drive by bakeapple pickers collecting berries for jam. We admire a herd of horses that people mistakenly liken to the wild horses on Nova Scotia’s Sable Island. These ones run free as a community before wintering in barns. The island is so small, so narrow in parts, and so flat, that you can see and feel the ocean at every turn.

“I prefer Miquelon to Saint-Pierre because it’s calm,” Mahé tells us. “The colour of the water—it’s like we are in the Caribbean.” Time ceases to matter as we stroll along Langlade’s stunning sandy beach. Mahé’s phone says 3:22 but it’s actually 3:52, and the ferry beckons. That’s another local quirk—we are 30 minutes ahead of Newfoundland, but phones bounce between Canadian and French cell towers.

Back in Saint-Pierre, I invite Maïté Légasse for lunch. I had seen her feeding the late Anthony Bourdain sea urchin pâté, squid, halibut, local goat cheese and a bakeapple tart on an episode of his show Parts Unknown. She is many things—food lover, mother of two, passionate advocate for the island, municipal councillor, aspiring restaurateur.

“I asked myself what could I do for my island,” she says. “I thought about what I like to do and what I don’t like to do and I thought, why not open a café?” Saint-Pierre desperately needs more places to eat—dinner and even some lunch reservations are essential—so Légasse is in the process of opening her own, Ma P’tite Cocotte.

I ask her, what does this quirky French collectivity need to become better known? “To be more developed is an obvious goal,” Légasse says. “But to stay in the same spirit. To be very friendly and keep the easy ways of life.”

Légasse sees me off to yet another boat, a water taxi, for a trip across the port to Île Aux Marins, the car-free “Pioneers Island” where restored buildings recreate life from the era that revolved around catching, drying and salting cod. Visitors eat up this sparse, windswept island. Photos of the church, grotto, cemetery and other restored buildings figure prominently in stories about the archipelago.

I am warned not to wander into any home with a flag flying outside—that’s code for “family land” still being used as summer getaways. A museum is filled with things donated by the community and there is a replica classroom. I read about how homes once had an enormous gravel bed for drying salted cod, and then I get to see and touch these rocks.

Random touches of modernity fascinate me, so when Taxi Saint-Pierre’s Bertrand Laroque drives me around the island of Saint-Pierre, I am weirdly charmed by the airy, two-storey airport terminal with huge picture windows onto the runway. The “new airport,” as it’s called (though it was built almost 20 years ago), should be locked since there are no more flights for the day. But we explore without bumping into so much as a security guard. 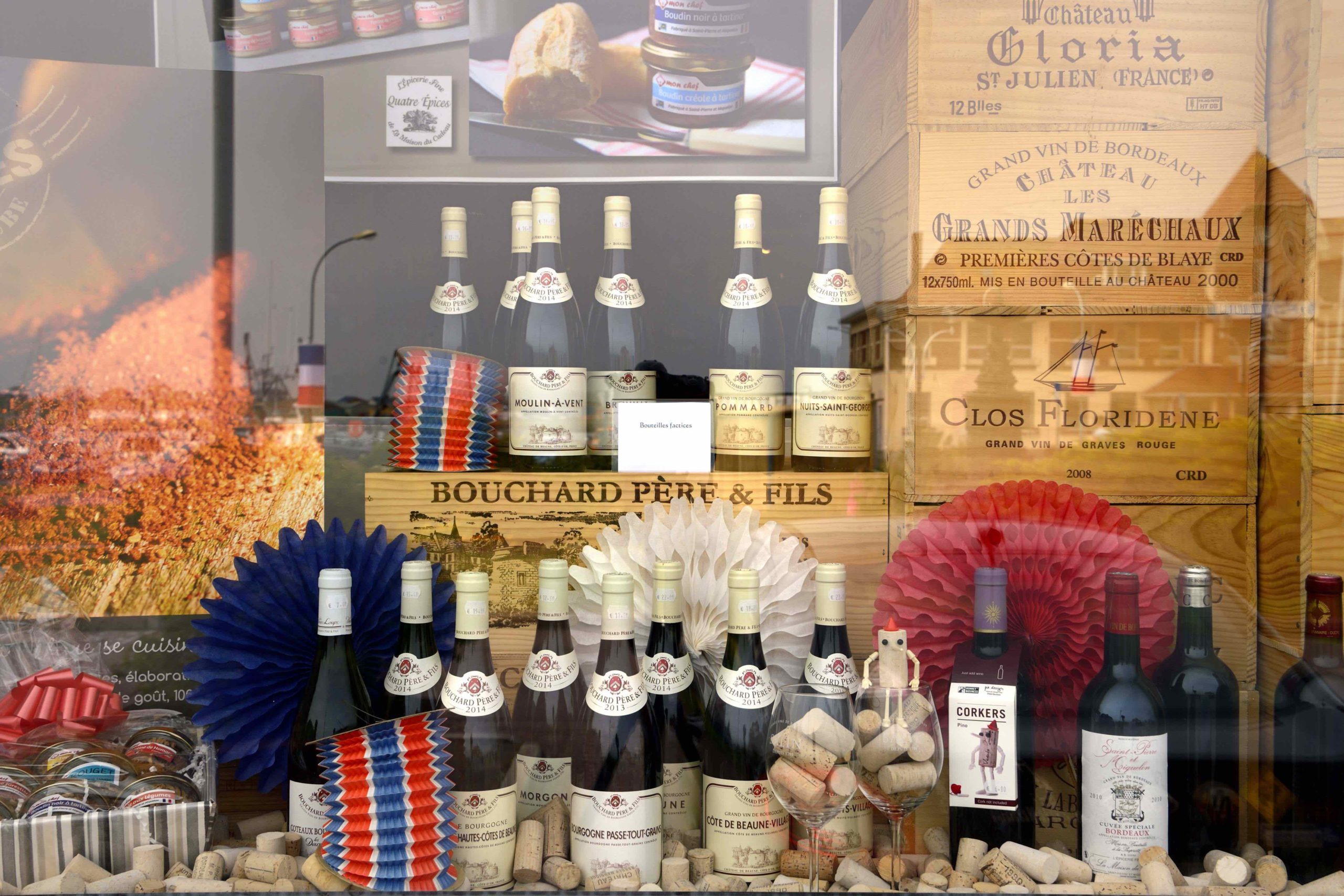 Just like morning, evening in Saint-Pierre has its own rhythm. Shops and museums close. Restaurants re-open for long, late dinners. At fishing shed number 20 along the city waterfront, not far from where the ferries unload, the “Zigotos” gather to restore dories. They are members of a non-profit association dedicated to saving this traditional, flat-bottomed fishing boat, having built or renovated seven so far.

It is hard to nail down how this free-spirited group works, but it seems that anyone who knows to drop by around 6 o’clock is welcome to see what they’re up to. I join two members—Marc Dérible and Jean-Louis Lemaine—in a dory powered by a powerful motor instead of oars, our destination just past Pioneers Island beside a rocky outcrop known as Grand Colombier Island. We cut the engine and observe an astounding number of seabirds, among them my favourite, the puffin. Dérible casually throws a line overboard and tries, unsuccessfully, to catch a fish while we drift.

“We are a group of buddies that like to get together and have fun,” offers Lemaine as we motor back to shore and join the others, who are chatting in French that is too fast for me to follow. They’ve thrown a pot of crab on to boil, but I have to beg off dinner to hunt down a new restaurant serving sushi.

Surely I have time for one “petite soupe?” That’s Zigotos slang for rum and Coke. It is so far removed from the stereotype of the French sipping red wine, and so clearly a nod to the island’s rum running past, that it makes a weirdly perfect historical sense.

I never get a full answer on what Zigotos means but suspect the direct translation—someone who seeks to amaze, confound, impress—can’t be right. Or can it? This is an isolated country that reveals itself slowly to outsiders, so when a plastic glass of “petite soupe” is thrust into my hands, I stop trying to understand everything and shout “cheers.”

Air Saint-Pierre has flights to Saint-Pierre from Montreal, St. John’s, Halifax, Quebec’s Magdalen Islands, Miquelon and Paris. Many people drive to Fortune, Newfoundland, and take the passenger ferry with SPM Ferries. You don’t need a vehicle, as downtown Saint-Pierre is walkable and there are many guided tours. Bring your passport.

In Saint-Pierre there are several bakeries, but Guillard Gourmandises is an artisan pâtissier and chocolatier. Chez Julien is the old-school grocer. Book dinner at Le Feu de Braise for local cod and Les P’tits Graviers for local lamb. In Miquelon, have a classic French steak lunch or crêpe at Snack Bar-à-Choix.