Dive Into Mexico’s Sea of Cortez, the World’s Aquarium

By Waheeda Harris
Discover the beauty and wonders of La Paz, a relatively untouched beach town and just one of Mexico's many hot spots for biodiversity.

As the sun starts to sink below the horizon in La Paz, the malecón is the red carpet of this small Baja town. Kids are riding bikes, teens are showing off their skateboard moves, and adults are strolling hand in hand. Everyone is moving to their own rhythm in the warmth of the evening as the fiery sunset puts on its nightly show. As I walk back to my hotel, I stop to see the statue of Jacques Cousteau, who had become an adopted resident of La Paz, here on the Baja Peninsula. Created by Salvador Rocha in 2012, the famed French explorer, conservationist and filmmaker was honoured with a statue, because he showed off this idyllic Mexican paradise and its marine life through his popular television series The Undersea World of Jacques Cousteau.

Pictured above the sculpture of Jean Michael Cousteau on the malecon in La Paz, Baja California Sur, Mexico.

As a young child, watching Cousteau was my appointment television, with his explorations of life below the waves. From massive whales to the smallest fish, sea creatures seemed as curious about Cousteau as he and his team were of them. Now, as an adult, I’m up early and trying to contain my excitement for the day’s adventure in what Cousteau called the world’s aquarium. We board a small boat with Fun Baja Tours, and head north into the Sea of Cortez. My group of guides and passengers is less than 10, and we’re skimming across the waves, the captain telling us about this UNESCO World Heritage site, a source of pride for the locals, and a bucket list destination for sea adventurers from around the world. As we pass between Isla Espíritu Santo and the Baja Peninsula, the deep blue sea contrasts against the red earth, while the occasional saguaro cactus grows tall against the pale blue sky. We keep our eyes focused on the sea, hoping to see whales or dolphins, where 34 varieties of each flourish in this marine utopia. 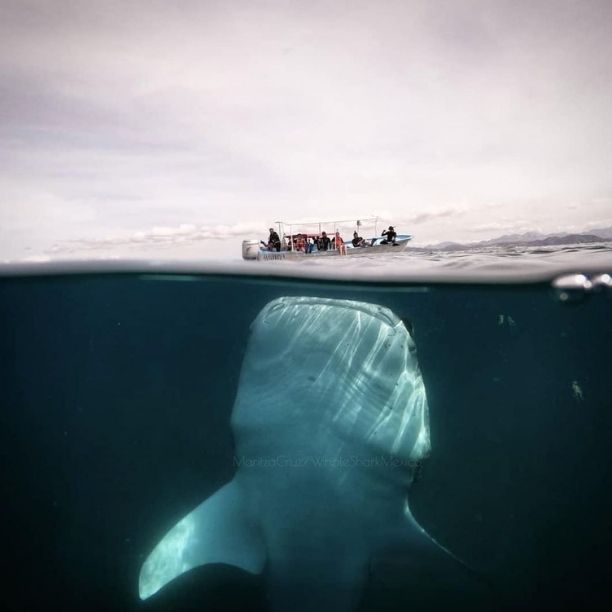 Whale sharks, also known as the world’s largest fish, can be found in the #SeaofCortez! Photo by @marix_sea 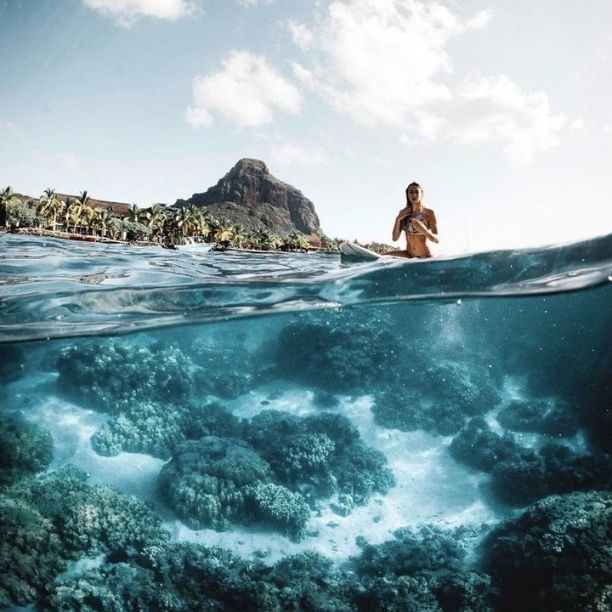 Isla Espiritu Santo, known as a natural sanctuary is home to a colony of more than 300 sea lions. Photo by @maxmatissek

Our destination is Los Islotes, a rocky outcropping in the Sea of Cortez that has become home to a large colony of sea lions. These creatures are at home here, benefiting from the protected zone, and our group is going not just to see them, but to snorkel around Los Islotes, hoping to get close to the animals, often called the dogs of the sea for their distinctive barks as much as their friendly nature. The captain shouts commands to the crew, as the boat’s speed drops and we arrive at Los Islotes. We’re told to get ready, although we’re distracted by our first sight of the sea lions, bigger than we expected. The large males are showing off their machismo by barking loudly, while the females lie close to one another, soaking in the sunshine like sunbathers at a resort. We wriggle into our wetsuits and adjust the snorkel gear before plunging into the sea. Our guides remind us to keep together and to not get too excited or scared: the sea lions are used to people, but we are warned not to touch them and to just observe. I try to remember Cousteau’s calmness as he explored underwater, always keeping his eyes on the world around him and letting himself fall into the background. 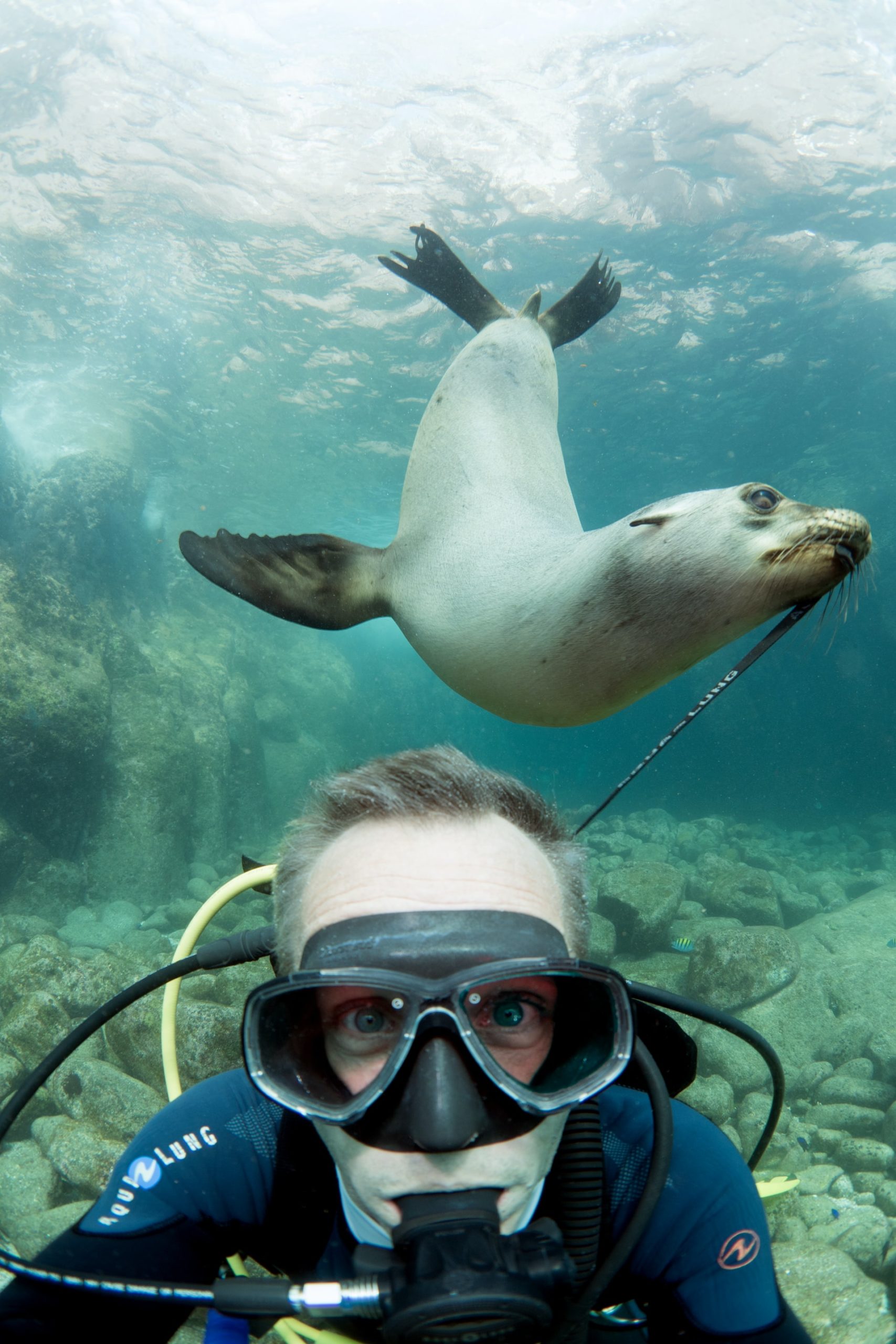 As we get closer to the rocks, we form a semicircle, keeping our heads above water as the sea lions gaze at us. Within minutes, the younger sea lions are curious and slide into the water, their ungainly movements on land becoming sleek movements in the water. We sink just below the surface, and soon the sea lions are swimming closer, their speed impressive as they come as close as the length of their whiskers, but don’t touch, quickly turning to repeat the motion again and again as we all smile and contain our excitement to keeping ourselves in the same spot despite the push and pull of the currents. As the sea lions swirl around us, it’s a game we could play for hours. Being able to watch these creatures dip and sway, twist and turn in the sea around us is better than any trained circus act.

The sea lions are having fun, instinctively playing around us as we watch and learn, our joy not in movement but in the smiles that cannot be erased from our faces. Soon our guides motion to us that we must leave, and we take a last look at the sea lions, as they flop back onto the rocks, ready again for time in the sun among their colony. We snorkel just below the surface, swimming along the isle’s edges, with the sun illuminating the sea and colourful schools of fish. As we arrive at the boat, sharing our excitement of our sea lion encounter, I have had a first taste of what I imagine life was like for Jacques Cousteau and I know the thrill will never dissipate 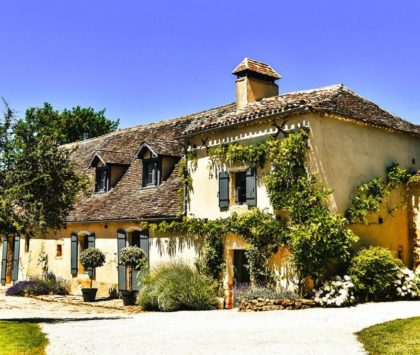 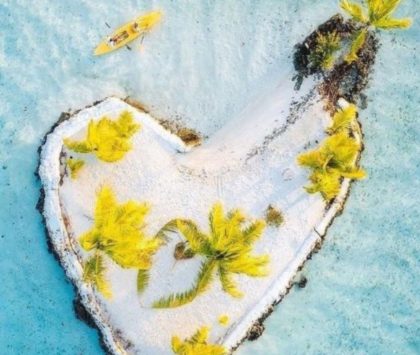