By Vawn Himmelsbach
Glenmorangie worked with top bartenders to craft a sweeter and richer Glenmorangie, perfect for enjoying in all manner of drinks.

Single-malt Scotch whisky is often associated with cigar lounges and special occasions—and the idea of using it in a cocktail is downright scandalous.

But one of the most beloved Scotch houses in the world is challenging that perception with the introduction of X by Glenmorangie—a new single-malt whisky made for mixing.

A serious Scotch drinker may consider it a crime to drink a single malt on the rocks, let alone with tonic, cola or—perish the thought!—a slice of orange. Drinking it neat (or with a drop of water to open up the flavours) has long been considered the only acceptable way to drink a single-malt whisky. Until now, that is.

At Glenmorangie Distillery Co., founded in 1843 near Tain in the Scottish Highlands, expert craftsmen—known as the Men of Tain—have been producing prized single-malt whisky for generations, using the tallest stills in Scotland. And Glenmorangie The Original, aged 10 years in oak casks, has long set a high standard for Highland whisky with its floral and fruity flavour profile.

But the Scotch house is also known for combining tradition with innovation—from piloting innovative distillation techniques and experimenting with new cask finishes to using barley from the property’s own fields—to create its award-winning whiskies.

Inspired by the flavour possibilities of using single-malt whisky in mixed drinks, Glenmorangie’s team consulted with a range of top global bartenders to craft X by Glenmorangie, resulting in a sweeter, richer whisky that pairs with all manner of mixers—and yes, even orange slices.

With X by Glenmorangie, the Scotch house is definitively entering the craft cocktail space—and making single-malt whisky the drink of choice for more informal occasions. So for anyone who’s never considered a Scotch cocktail for brunch, a pool party or karaoke night, that’s about to change.

And it’s easy for even a novice at-home bartender to mix up a classic (or creative) cocktail that’s sure to impress.

“X by Glenmorangie came from our dream of creating even more flavour possibilities with a single malt that’s made to mix. Consulting with top bartenders, we crafted this sweeter, richer single malt for all those enjoying mixing at home,” says Dr. Bill Lumsden, Glenmorangie’s director of whisky creation. 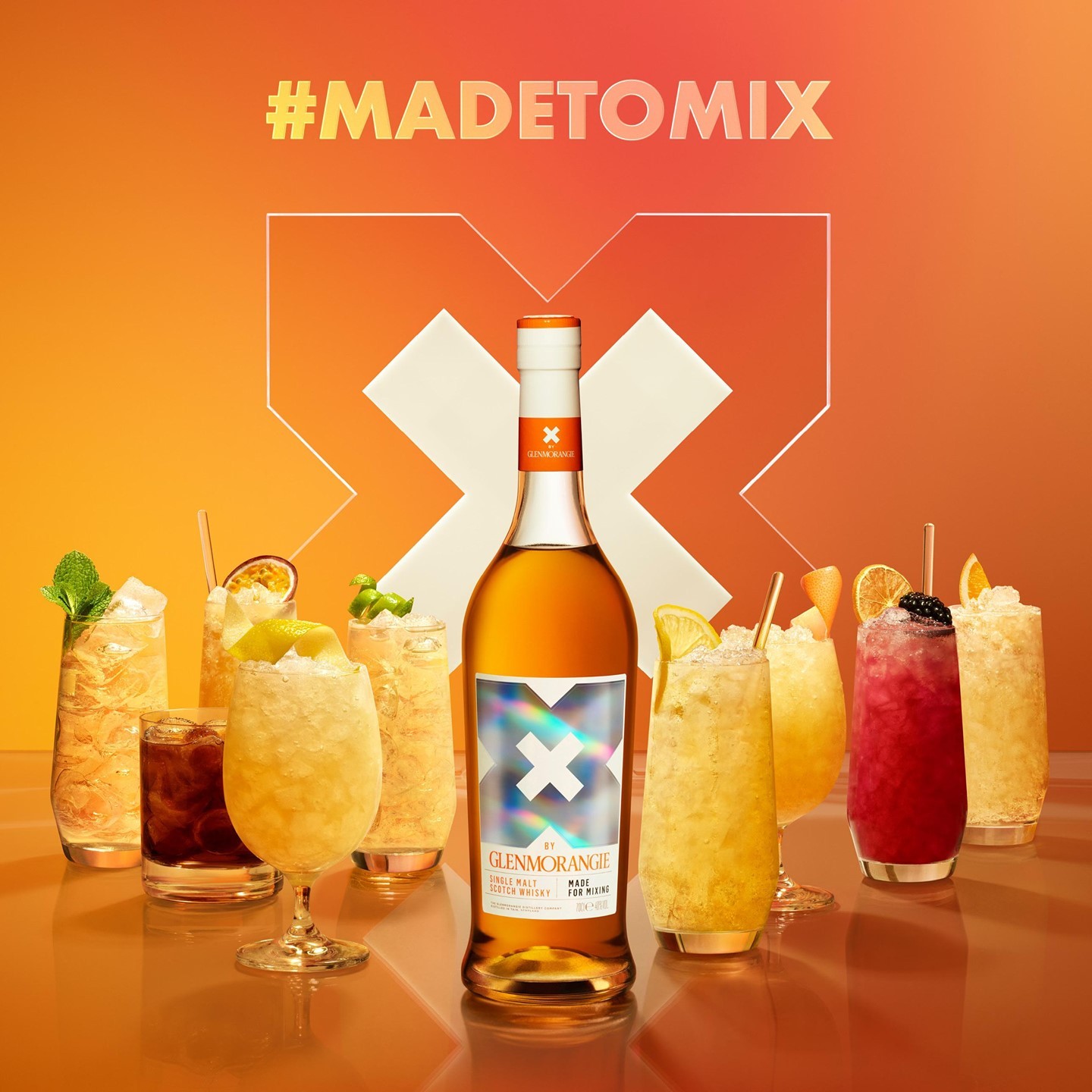 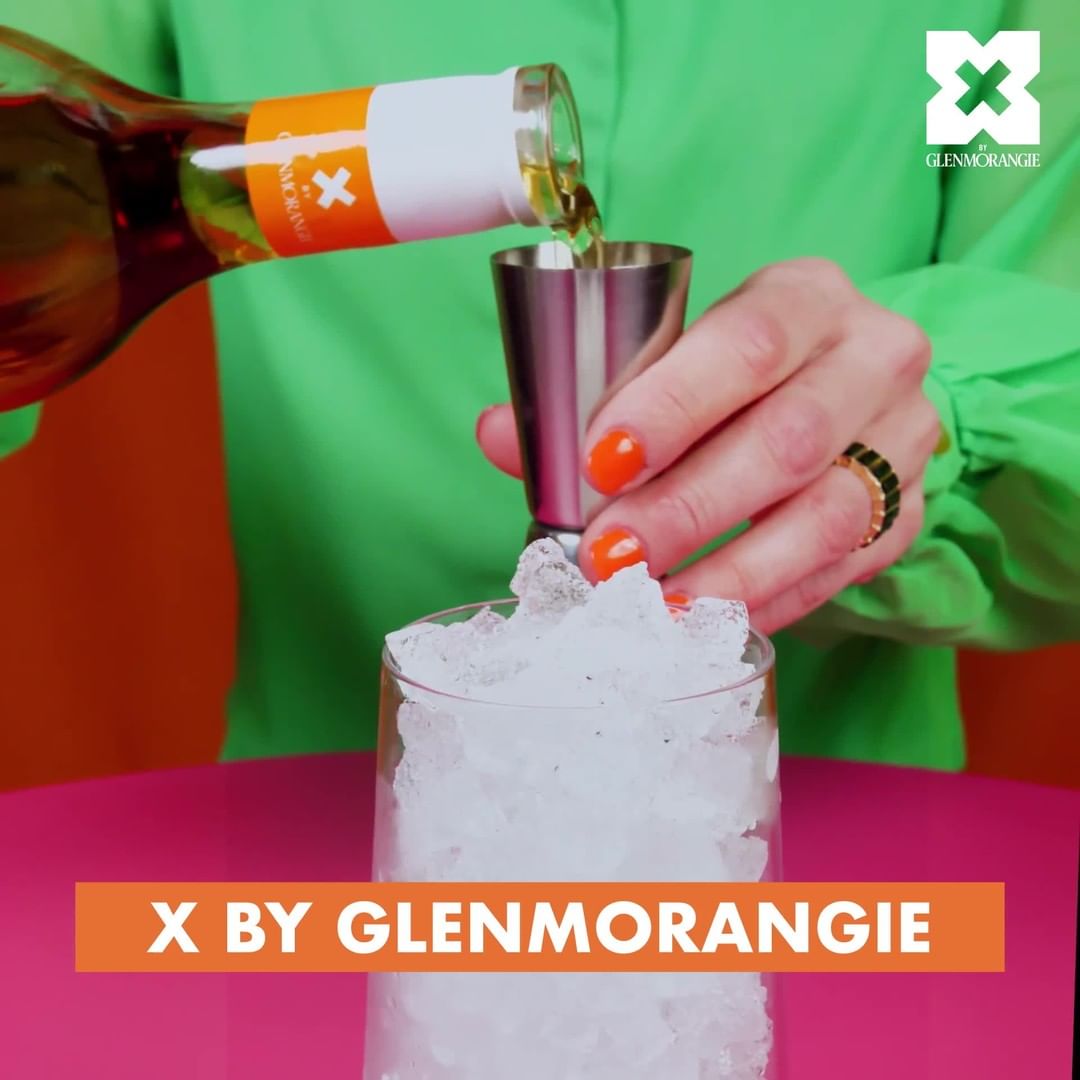 Lumsden, considered a legend in the whisky industry, has 25 years at Glenmorangie under his belt and a PhD in microbial physiology and fermentation science. And for his many innovations, world-firsts and limited editions—which still respect the traditions of Scotch—he’s won multiple awards at the International Whisky Competition.

This latest freewheeling whisky is crafted from a combination of whisky aged in bourbon casks and some finished in new char oak casks, resulting in an extravaganza of unexpected flavours.

“Luscious with vanilla and pear, succulent orange and honeysuckle, all drizzled with chocolate fudge, X by Glenmorangie is perfect paired with a favourite mixer,” says Lumsden.

Lumsden’s ideas come to life in The Lighthouse, Glenmorangie’s new experimental distillery designed by Paris-based Barthélémy Griño Architects. Described by Glenmorangie as a “playground for whisky makers,” the 20-metre-high glass stillhouse, which towers above the Scottish coastline, was created to push the boundaries of traditional whisky-making.

And while The Lighthouse sits on the same property as Glenmorangie’s original distillery—built of stone more than 175 years ago—the new facility was designed exclusively for experimentation and injecting creativity into an age-old process. With two updated copper stills as tall as giraffes, The Lighthouse includes a purpose-built sensory laboratory and a brew house to experiment with mashing and brewing.

The whisky’s sweet and rich taste both complements and cuts through mixers to create delicious cocktails. While it mixes well with any flavour, it’s also delicious neat.

“So, whether you’re planning a brunch or a date night or want to experiment with your own flavour combinations,” says Lumsden, “this whisky will bring your drink the x-factor.”

To inspire mixing, Glenmorangie has designed a series of refreshingly simple serves to make at home, each requiring just two to four ingredients, such as tonic, cola, lemon juice, agave syrup or sparkling apple juice.

A tropical burst of flavour, this fizzy, fruity serve is delightful outdoors, with food and a beautiful view.

Fill highball glass with crushed ice. Add X by Glenmorangie and passionfruit soda. Stir and garnish with half a passion fruit.

More recipes can be found on www.glenmorangie.com