Campechano: Toronto’s restaurant of the week

By Andrew Brudz
| Photography by Carlos Bolivar
Toronto’s Campechano Taqueria marks a return to the simple pleasures of the Mexican favourite.

Seemingly hesitant about being interviewed, restaurateur Daniel Roe claims “It’s not about me. It’s about real Mexican food.” The humble, unassuming 30-year-old is the owner of Campechano Taqueria, along with his girlfriend, Raena Fisher. With taco joints popping up from one end of the city to the other, Roe says the reason his is different is simple – simplicity.

Gone are the overstuffed menus, cluttered interiors and pounding hip hop, with a focus instead on a slight menu, unfussy decor and a local vibe. The singular goal? “To serve the tacos I’ve been eating my whole life,” he says. 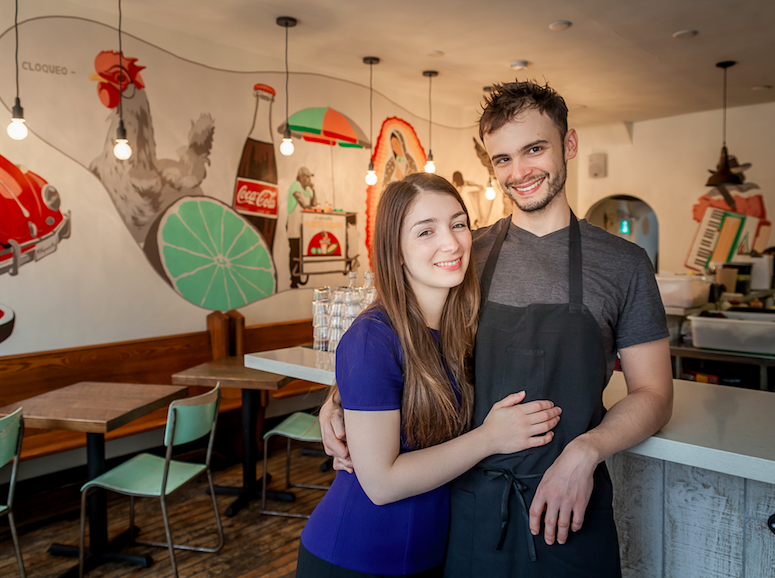 Roe made his way to Canada from Mexico City 12 years ago. He settled in Vancouver, where he began his first foray into restaurant work, as a dishwasher. It’s also where he met Fisher. The two worked together, and soon started dating. Together, they moved to Toronto four years ago. Roe worked as a cook at Dundas West mainstay Black Hoof, and then as sous chef at La Carnita.

With the idea of opening their own place always in the back of their minds, it was a visit from Roe’s cousin, Javier Flores, in early 2014, that really got the two-year process in motion. Flores, himself, owned a handful of taquerias in Cuernavaca. He invested in Roe’s idea and invited him back to Mexico to learn the ins and outs of running a business.

In January 2015, Roe returned to his homeland for four months, studying the intricate process of making tortillas by hand. When he came back to Toronto, he brought with him a traditional mill used to grind corn, something he says is becoming uncommon even in Mexico, making way for more modern processes. (The mill is in view while sitting in Campechano’s back dining room.)

Fisher took six months off from her regular gig as a management consultant to help Roe open the restaurant, particularly with the business side of things.

Always hesitant to take too much of the credit, Roe insists his creations are based on nothing more than a basic recipe: tortilla + meat + onion + cilantro. “We’re not trying to invent anything,” he says. “We’re just trying to emulate what we do in Mexico.”

Much like the revered French baguette, tortillas in Mexico are made fresh every day. The tortilla makes or breaks (sometimes literally) the taco. At Campechano, a fresh batch is made for every order, with corn imported from the Macienda farms from the Oaxaca region. 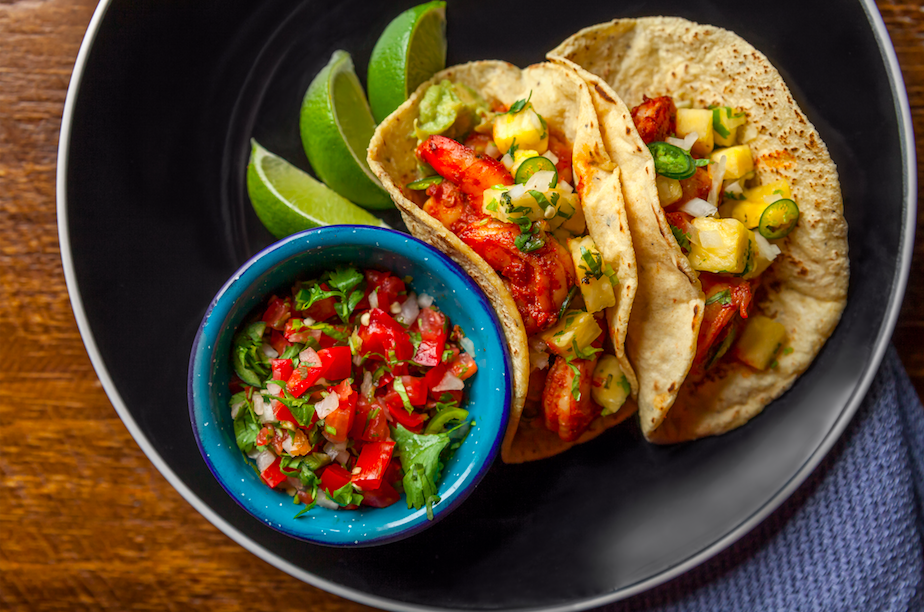 The hastily photocopied menu reflects the often impromptu menu changes, based on, he admits, what they have in the kitchen. It usually features about eight different tacos, loaded with either rib eye, flank steak, braised lamb or chicken; two sopes (a thicker tortilla served open face); one dessert, tres leches cake; as well as some nifty cocktails.Specialty dishes are sometimes added to celebrate Mexican holidays, for instance, pozole, a corn soup with pork broth and chilies, for Mexican Independence Day.

MEXICO FROM THE INSIDE OUT

The 43-seat restaurant took over the former Sadie’s Diner space, since opening in November 2015. Although Roe describes it as a “hole-in-the-wall,” once again he’s just being modest. Nestled on Adelaide West, between Queen and King Streets, it certainly has more in common with the ramshackle charm of Queen West to the north than it does with more upscale King West to the south. 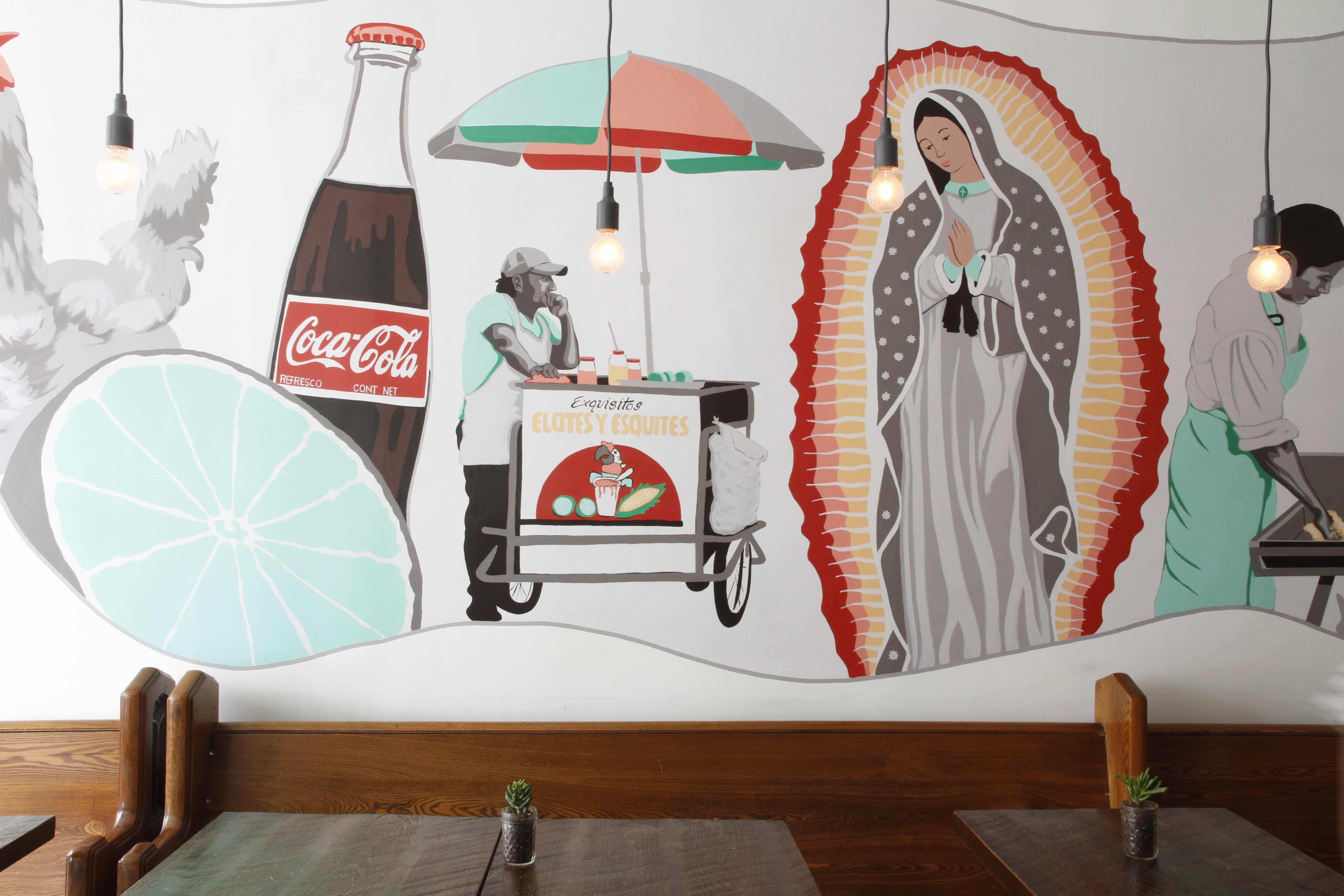 Campechano, which means good-natured or cheerful in Spanish, is a suitable descriptor. Inside, the look is as simple as the menu – clean and bright with white walls and hardwood floors. Adorning the walls are whimsical murals depicting common culinary scenes in Mexico, in the country’s signature red, green and white hues. They’re by local artist Luke Pollard, inspired by Chef Enrique Olvera’s book, Mexico from the Inside Out. The chill vibe, Fisher explains, was all part of the plan. “The food influences the atmosphere. It’s uncomplicated, accessible, and fun.” 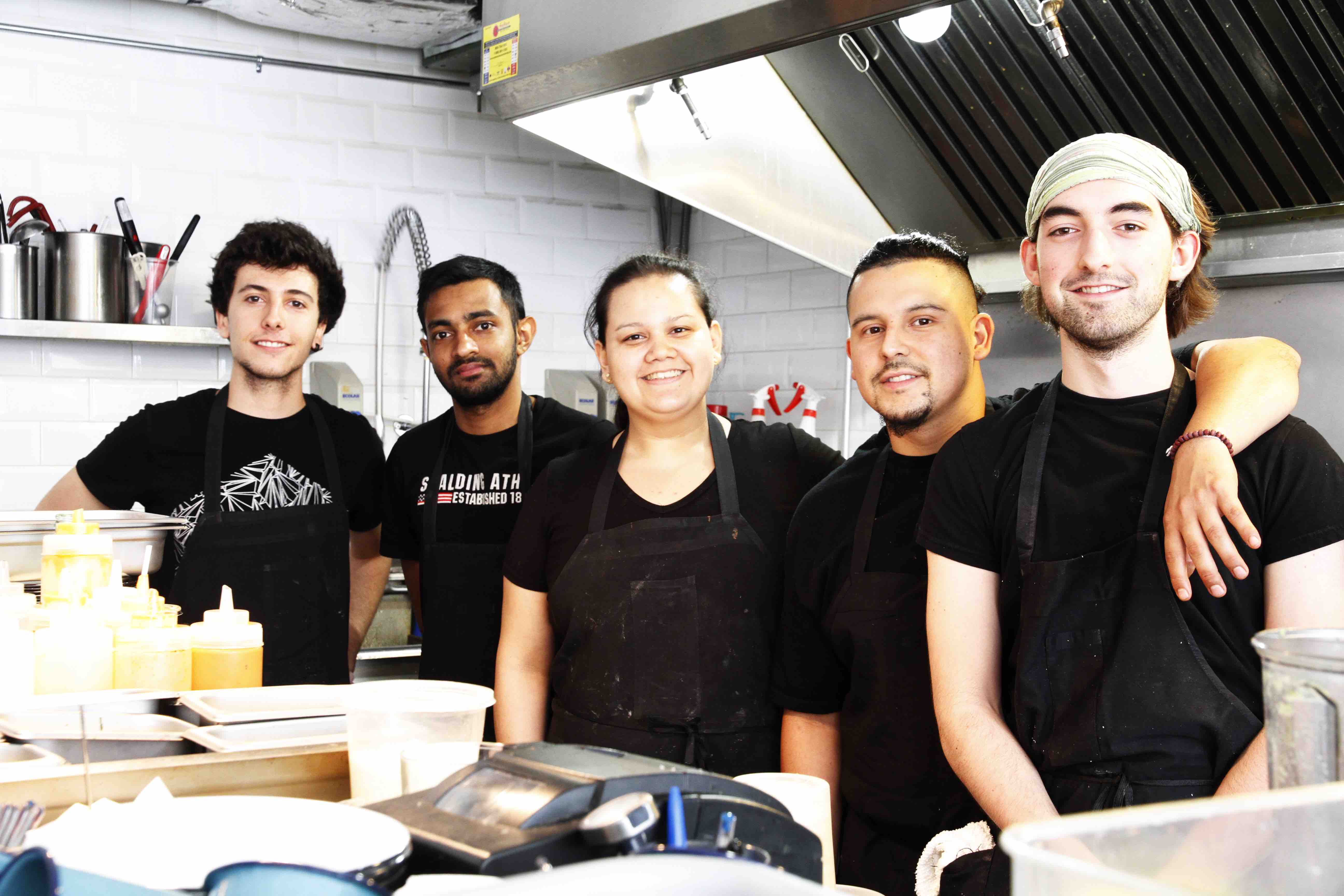 Upfront, there’s the bustling open kitchen, bar and bench seating, with another dining room in the back, as well as a patio, with classic Mexican songs bopping over the speakers throughout. The staff is predominantly Mexican. “It hard to teach Mexican flavours to people that have never lived there,” Roe says.

In Mexico, having your local taqueria that you frequent regularly is common. And similarly, the neighbourhood-centric Campechano is filled predominantly with faces the couple recognizes. “I would say 60 per cent of our clientele are regulars,” she says. Daniel adds, “It’s people that come…and come back.”

And it’s easy to see why.